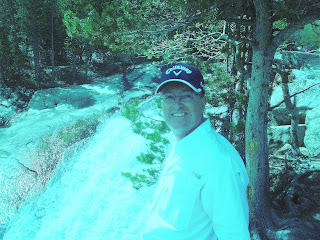 We went to Rocky Mountain National Park, but we didn't plan to hike far.  Son Mike, visiting from Nashville, chose to see a falls rather than a lake for a short hike.  The hike to Alberta Falls was on a clear and soft trail.  It was easy.  We climbed the rocks to sit above the falls (falls pictures were taken there).  He wanted to go on, quite all right with daughter Michelle and me.  We told him we could stop any time.  After a few more "how are you doing" queries, Mike turned and said, "I'm not an invalid."

The Park Ranger had said that there were snow patches on the way to Mills Lake, but that is was doable.  A woman who heard me talking to him warned that her husband had post holed to his thighs.
We chose the Ranger's approach and dug our heels into the soft snowbanks to make our way. 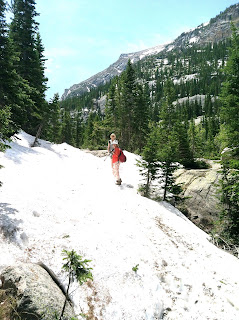 It was a beautiful day and a lovely hike.  Though windy, lunch at lakeside was pleasant.  For me, it was a special treat to hike to one of my favorite spots with both of my adult children.  I was blessed.

PS:  Michelle had insisted on driving, and as we waited and then bumped over the two construction sites on the park road, I was pleased not to be behind the wheel. 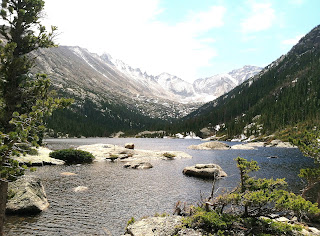 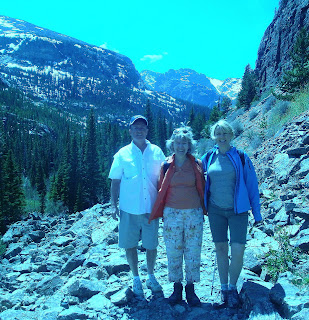 Posted by Maggie at 4:02 PM No comments:

Graduation!!! And what's next?

Margaret and Taylor graduated!!  I was there and proud too.  Margaret was first, on Saturday May 19th.  She was nervous, thought she would trip and fall (and I might have in those high heels she wore!).  They marched in.  She didn't trip (or look as if it would happen).  The announcement of those graduates in the top 10% of the law school class began, named alphabetically.  We counted.  Josh's last name was Mabry.  There was probably only one left to be named.  It needed to be Means--and it was--Margaret R. Means!!  She had that as a goal from her first semester, but had given up with a difficult class her 4th and senior year.  It was wonderful, and a lovely celebratory brunch followed.  (One sadness--Ben--her oldest son--couldn't be there.  While he was where he needed to be, we missed him.)

Sunday morning, May 20th, Mike took an early plane (through Atlanta) to Boulder.  I took one a couple of hours later.  We arrived in Denver about the same time, had a glitch getting to the airport parking lot (the place to catch the shuttle had been moved), and reached Michelle's home later than we had hoped.  She hollered downstairs that she was ten minutes from being ready so Mike quickly shaved and we both changed clothes.  In the car, we knew we were later than most who were attending Taylor's graduation at CU's Coors Event Center.  We walked around to a tier of seats near a back side of the auditorium and walked down near the front.  Others were there with cameras ready.  Why there, we asked?  The graduates would come down that aisle and another aisle across the back of the auditorium.  They knew which aisle their graduates would file down.  We didn't know where Taylor would be.  We watched.  I thought I saw him coming through the door into the auditorium.  No, that wasn't him.  Again, I thought I saw him.  I motioned to Michelle and Mike, and they confirmed that it was Taylor.  He was on our side of the twosome as well.  Taylor would march right by us!  And had we been earlier, we wouldn't have taken those seats.

So they have graduated, and both have tentative plans.  From what have we graduated--and what are our plans?  My "graduations" have been many--from being a stay-at-home mom to a career mom to being an empty-nester, from being single to being married to being single, from being young to being middle aged to being a senior, from having a high-profile career to being a care giver to being a support staff person, from giving new and growing businesses advice for which they paid to assisting where none of what I had learned about business development was wanted.  From thinking I was a writer and would become an author to giving up on that hope.  And now--renewing that identity--and knowing that I may be publishing my own book.  A "career" that costs me money--that hadn't been in my plans, even in this senior time of life.
Mike was celebrating too!!  (He called it getting his wife back!) 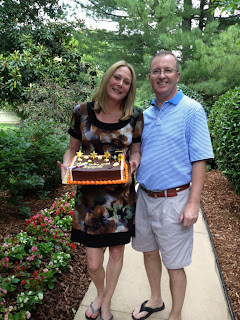 What guides me now?  So much is written these days about each of us doing the thing (often that specific) for which we were created.  Hopefully, I've already done some of that.  However, I continue to feel called to publish my growing-up memoir.  And I'm creating a book proposal for another book, not yet written.  What path these plans will take is unclear.  Our graduates wonder about their future plans.  And I wonder about mine.  Being open to the opportunities that come our way, siezing them in a timely fashion, and paying attention to our calls seems to be a life-long journey.  Stay tuned. 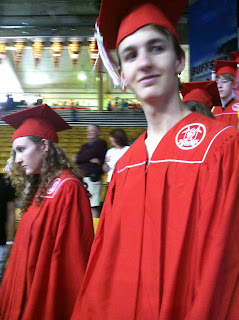 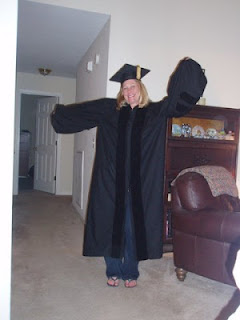 For those of you who might be curious, here's the brunch group.  To your left, Mike, Tom and Ann; right, Margaret, Will, and Maggie 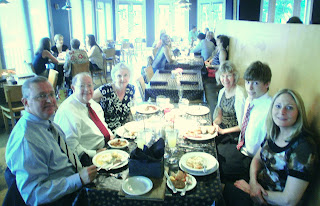 Posted by Maggie at 1:41 PM No comments: